Who Needs Hulkamania? A short-form TNA 2010

​
Last PPV of the year, baby! Let's go! Right at the start, Miss Tessmacher comes out and proclaims that on the injured Mick's behalf, she ensured that all the matches are in order tonight.

Xplosion Pre-Show Match - Amazing Red d. Okada. I saw a theory once that NJPW sent Okada to TNA not only for character work, but also to help him appreciate what he had (as they knew Russo would treat him like garbage). With that in mind, this is how I'm using Okada from now on: Don't want him to get too hot, so he still gets that sort of appreciation, but don't misuse him in a way that kills the TNA/NJPW relationship.
(if you think that was a hell of a turn, you should see the next PPV...)

That was good shit. I always liked that TNA really fired the people in the Feast or Fired shit

From Final Resolution to Genesis​

From Genesis to Unbreakable​
I'm dropping Against All Odds as a PPV name, simply because the theming of it reached its logical conclusion with the 8-Card Stud tournament and it can't go any further. 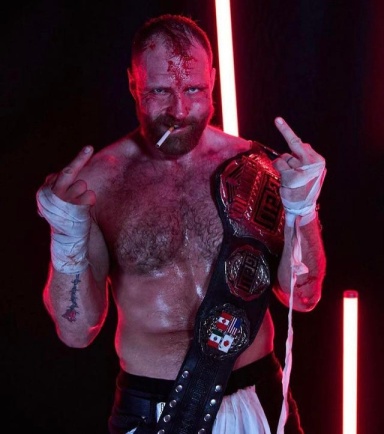 Moxley getting his original planned debut

From Unbreakable to Knockouts Knockdown​
Impact: Victory Road
Thursday, March 10, 2011
Impact Zone - Orlando, FL​
Xplosion Pre-Show Match - Cole/O'Reilly/Generico d. Okada/Bucks. We're just putting all six of these guys over even though they're not attached to a storyline.

I've got plans to run the MEM story to Slammiversary and then no real plans after that, so I hope you enjoy the ride.

Knockouts Knockdown 2011
Sunday, March 13, 2011
Impact Zone - Orlando, FL​
Dixie Carter opens up the show by giving a speech that is partly praising the women of Impact, and partly self-congratulatory. Miss Tessmacher shows up to interrupt her! She basically calls Dixie out of touch and just the one who holds the money, before launching into her own promo about how this event will feature matches that settle long-running scores, not only with current Knockouts but women from around the world! All thought up by her, on the behalf of the Main Event Mafia, because what's good for MEM is good for TNA. Dixie not-so-subtly reminds her that she could fire her at the drop of a hat, which shuts Tessmacher up and sends her to the back. Another note: Christy Hemme will be ring announcer for this show, putting her voice to the best possible use for the first time! SoCal Val also joins as guest commentator.

From Lockdown to Sacrifice​