What Have You Been Reading Lately

Chris said:
I planned on watching that and the actual In Cold Blood movie from 1960 after I read the book.
Click to expand...

Also Infamous with Toby Jones as Truman is a very different take on the character, two excellent films.

This is the sequel to Freakonomics which is a fantastic book covering all sorts of topics and explaining them using economics. Again they tackle unusual subjects but this time there is a common theme running through the book, that we all work for a particular reward. It is a really enjoyable read and I like how they show how economics can be used to attack all sorts of problems and help find solutions to them.

One of his best works to date. I haven't liked a lot of his newer stuff (haven't read Under the Dome though) but this was a true return to form.

I loved the references to his other books too (won't ruin it if you haven't read it) they were surprising and fit perfectly.

Keith said:
Also Infamous with Toby Jones as Truman is a very different take on the character, two excellent films.
Click to expand...

Finished that book, it was amazing. So far I've just watched In Cold Blood and Capote with Infamous downloaded. Both were great movies, enjoyed In Cold Blood at bit more, thought the actor played Perry (can't remember his name) did a real good job. 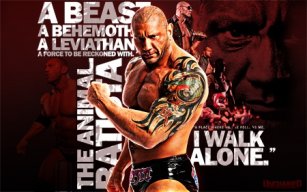 I just read Great Expectations again last month. Month before it was Scarlet Letter. Think I am going to pick up sacred Hoops for another read this month

SAIYANS said:
I just read Great Expectations again last month. Month before it was Scarlet Letter. Think I am going to pick up sacred Hoops for another read this month
Click to expand...

How was Great Expections? I've yet to read a Dickeins novel. Both the 40s and 90s film versions are worth checking out.

I read it the first time at 17 and liked it but appreciated it much more now that I'm older. It's a good novel as worth a read if you're committed. Try to read one book a month

This is the third novel in the Clifton Chronicles series. Follows on where the last left off with the House of Lords deciding who inherits the title and fortune of Hugo Barrington. Covers a few decades of the family, there is a failed marriage, another court battle over a will, an adoption that is a nice touch and some art fraud. Bit disappointed that there wasn't that much crossover within the chapters rather than having them purely from one characters perspective, would have been nice to overlap the years a bit. Bit of a fluff novel this, a lot of waffle in it but it was still okay. Ending on another cliffhanger so even though I wasn't that excited by the book I will have to get the next one. 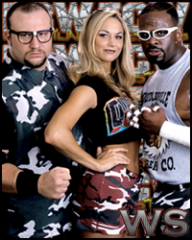 I just started reading a Game of Thrones by George R. R. Martin (haven't seen the tv series yet) a couple of days ago, and I'm loving it already. It has sooo much potential to be the best fantasy series that I have read so far.

A very novel idea based on two best friends one who is afraid of sunlight, and therefore has lived most of his life in doors and the other who is afaid of flying, they travel along with a group of friends to see a guy who says he can help them. There is a good idea at the heart of it about how Luke sees his life through television so sees that as the way people live their lives, it also has sharp observations on cerebrity culture and modern repressions. There are maybe one or two too many characters at times, but overall its a very thought provoking read.

A stylish tale about the flaws of the American dream. An abused boy is bought from his family by a mysterous master who promises to tech him the power to fly, althrough he does so with very extreme methiods. The book kept me engrossed most of the way through and had some sharp characters and good twist but at times it did feel a little like it was shocking just for the sake of it and dragged a bit towards the end.

Rholda Wilcox - Why Buffy Matters: The Art in Buffy the Vampire Slayer

A book full of passion, wit and depth bascially selling cyinics on why Buffy deserves to be considered great art as well as great entertainment. There is lots of cool information and thoery for fans of the show too. My favourite chapters were where Wilcox argues how the meaning in light and dark are reversed in the show, with dark being where the characters feel most safe (even the good ones) and the light representing the harshness of reality, and the chapter when she links Buffy to Harry Potter. Some bits were a bit tough going, but it really is a great read for both fans and none-fans of the series.

Location
Australia... and no, I do not ride around on a Kan

Amazing book, goes into the back story of Jack's downfall in much greater depth than the movie, also portrays him as, truly a good guy rather than an insane man ready to burst (as with what Jack Nicholsons character shows), however as I have seen the film prior to reading it, it is not as suspenseful as it would be if I did not know what would happen.

Amazing book, goes into the back story of Jack's downfall in much greater depth than the movie, also portrays him as, truly a good guy rather than an insane man ready to burst (as with what Jack Nicholsons character shows), however as I have seen the film prior to reading it, it is not as suspenseful as it would be if I did not know what would happen.

Have you read many King books? I ask because I have never read any and was wondering which would good to start with? Have heard good things about his latest.

Not a fan of the way Koontz rights but I really enjoy the story. Makes it extremely hard to rate.

Petite Mort - Beatrice Hitchman (2013) 8/10
A stylishly written, edgy debut, with some great characters and a gripping conclusion. At times I wasn't sure where it was going, but it was clever how the two separate plots ran side by side but then came together and made sense by the end. It has lot of interest for film fans, but also works as a good thriller too.
You must log in or register to reply here.
Share:
Facebook Twitter Reddit Pinterest Tumblr WhatsApp Email Link