Deonna Purrazzo vs. Priscilla Kelly. Short and Solid between the two to start off this Episode. Some history I have with both ladies I've watched Deonna wrestle when she was coming up in ECWA and I was there when she won the Women's Championship and the ECWA Super 8 ChickFight Tournament as well for the promotion. Funny it's the same place I saw Ciampa for the first time way before ROH took an interest in him. When it comes to Kelly I saw her on that Gypsy Show with my Mother it's our thing, and her Dad is off the Wall crazy. I think it's a tale of two different talents here. You have Deonna with all the skills in the world and to me she lacks a character to stand out, and Kelly who doesn't have the skills in the Ring as her opponent, but she has a character that will get her noticed. I wish both of these ladies well in their careers and right Deonna is signed already so I look forward to what they do with her.

Zeuxis vs. Ariel Monroe. Horrible booking decision to put Zeuxis towards the next Round, because outside of the Spanish Fly she did she did nothing to warrant the win to be honest. Don't worry Monroe had a bright future to come with all that charisma and attitude she's perfect for the Main Roster. Ariel and Alexander's Daughter crying broke my heart

Kacy Catanzaro vs. Reina Gonzalez. Please WWE next year can you bring in some good Latina talent like for real. In my opinion that is something WWE is missing a top Latina Superstar and from this MYC it seems they are trying to find one they can groom. Thank goodness WWE told us Kacy has been Training and Wrestling for less than a year because she was lost out there once she got in her few spots. Rhea is going to end her party and I'm going to enjoy it in the next Round.

Mercedes Martinez vs. Ashley Rayne. Yeah something felt outta touch with this one to me, maybe it's due to people not really knowing Rayne and not really caring about her and what she was doing out there. I didn't feel they didn't work hard out, but nothing special when I thought the Main Event should end off with a bang. Meiko is going to enjoy breaking down Mercedes like if it was Street Fighter 2.

Kaitlyn vs Kavita Devi. A okay Match it doesn't help when one lady who hasn't in ages vs a lady who says she's improved and couldn't be further from the truth. I would say Kaitlyn in this Match vs her past run she is way better now. She isn't there to get more followers on Twitter or Instagram, she can easily stay away from Wrestling and have a nice life, but she loves being in the Ring and I truly respect her for that.

Jinny vs Toni Storm. Just before I talk about the Match I remember when I first saw Toni wrestle and I really impressed a few years ago. I remember asking Shake to make me an Avatar with a Border and the rest is history as she keeps doing her thing whatever she goes. One of my favorite Matches of the year is from Toni Storm when she faced Kagetsu for the Red Belt for Stardom. The Pre-Match Promo was amazing she took shots at the IWC that were pissed that she hadn't been defending her Red Belt for the company. She pretty put the blame on Rossy and company, but you would think a Champion has some say don't you think. As for Jinny I hope WWE liked her performance in this Match because I was for sure. I've seen in Progress, and in the beginning she was so boring to me till I got her character.

She's the type of person in High School that you could come up to and she would say why are you talking me? She's a Firestarter, and she isn't afraid of nobody and you saw it in this Match. I did find this as a good Match with two ladies who have wrestled before, and lol WWE pretty much said you ain't using that Piledriver..you better change it up. Well Toni changed it and it's more dangerous with this Piledriver/Tiger Bomb hybrid.

Xia Li vs. Karen Q. It Mileena vs Kitana come to life people. Did anyone mark out when first they bowed to each other and went into their Striking Positions holy shit was great. Truly a fun match with ladies who like to kick your teeth in, and as Karen showing great confidence beyond her years, we also saw Xia Li's improvement over the last year as well. Give me Xia Li vs 100% Asuka please.

Mia Yim vs. Allysin Kay. Woah...wait a minute here first of all what Show did Mia Yim faced the Big Boss Aja Kong?? I need to see that Show tonight! It's crazy how times has changed with these two, it was just yesterday when I saw both of these ladies in Impact and now they are in the MYC. I've always been pro Mia Yim, she was one of the main reasons why I kept watching Impact especially during her feud with Rosemary. Kay on the other hand I thought was so goofy a character and even as a heel I never took her seriously. I think she needs to change her look, do something new because she doesn't act like a fool in Shimmer and Shine from what I've seen lately from her. A perfectly solid Match between the two, one of the better performances I've seen from Sienna and Mia always brings.

NEXT WEEK IO AND HIROYO

Mae Young Classic preview, Oct. 17, 2018: Storm and Yim face off in the Quarterfinals 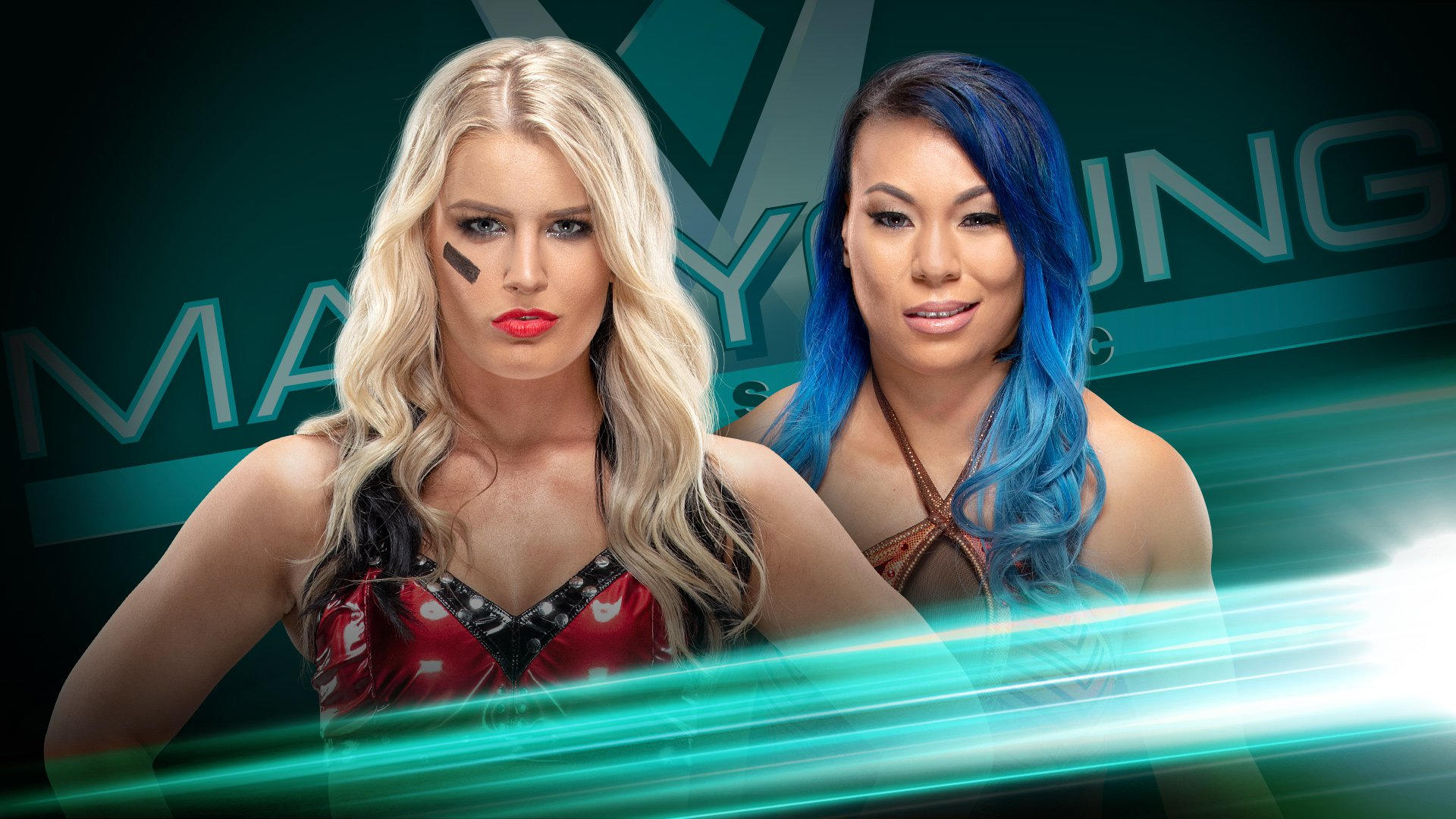 As WWE Evolution, the site of the Mae Young Classic Final, draws near, the field of tournament competitors will continue to narrow this week with four explosive Quarterfinal Matches, including a hotly anticipated main event of Toni Storm vs. Mia Yim.

The Lightning Down Under battles Mia Yim

In a Quarterfinal showdown between two of the Classic’s hardest-hitting competitors, NXT UK's Toni Storm takes on Mia Yim.

Storm and Yim have exhibited tremendous tenacity to this point, eking out victories in some of the tournament’s most closely fought matches. The Lightning Down Under weathered Hiroyo Matsumoto’s volatile offense in round two, while Yim’s striking and submission prowess (which has no doubt benefited from her association with training partners Shayna Baszler and Jessamyn Duke) helped her overcome an injured hand and triumph against Kaitlyn.

Which double-tough competitor will edge out the other and move on to the Semifinals? 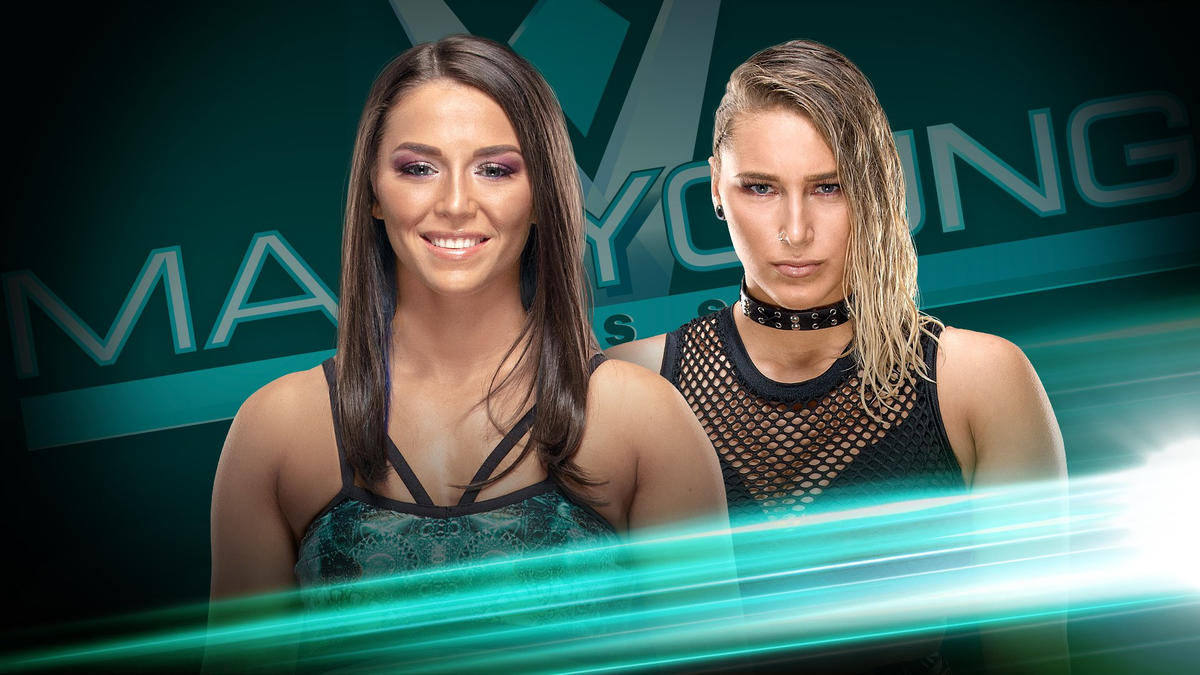 With a future so bright that all onlookers are advised to wear shades, “The Girl with The Shiniest Wizard” Tegan Nox has charted one of the most inspirational courses to the Quarterfinals. The Welsh Superstar quickly won the hearts of the WWE Universe after returning from a torn ACL, which prevented her from competing in last year’s event.

When it comes to the Semifinals, however, the coast is far from clear for Nox, as she faces the dangerous Rhea Ripley tonight on WWE Network. With incredible power and a definite mean streak, Ripley has carved a path of destruction in the Classic. Can the Australian ripper add Nox to her list of downed opponents?

The Genius of the Sky collides with The Virtuosa 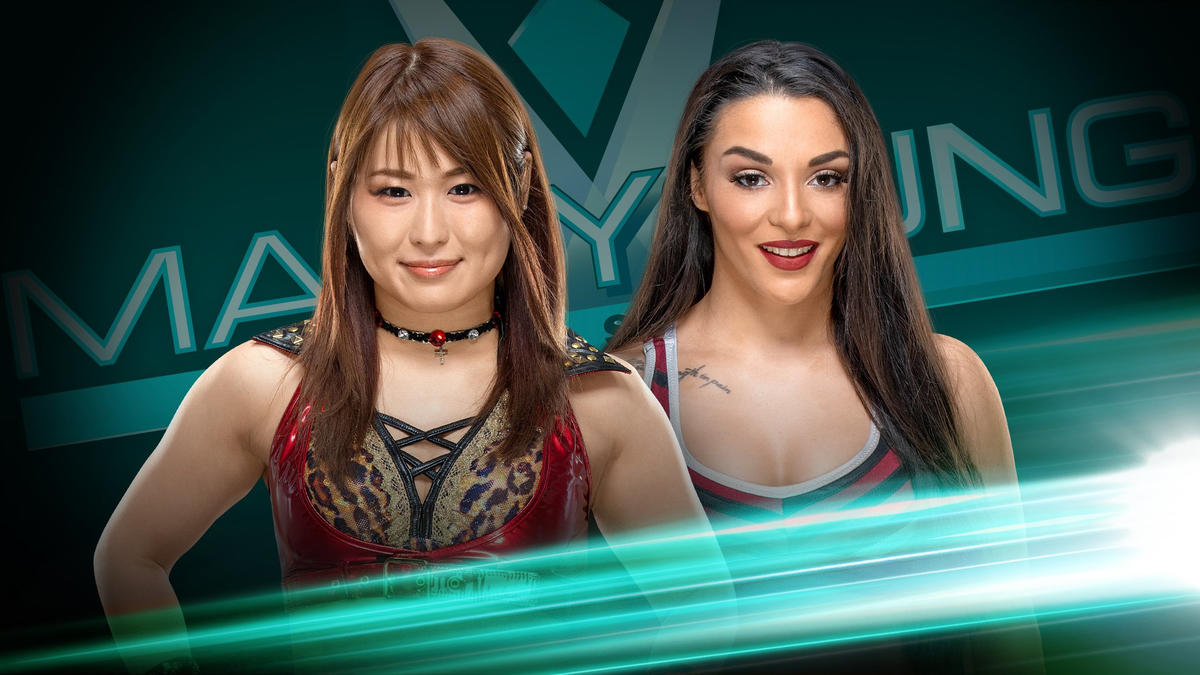 All eyes are on the Quarterfinal Match between Io Shirai and Deonna Purrazzo, two of NXT’s most celebrated Superstar signings.

The Genius of the Sky and The Fujiwara Armbar Specialist are no strangers to each other. As she noted in her post-match interview last week, Shirai holds a victory over Purrazzo from their time wrestling in Japan, and she knows to be wary of Purrazzo’s favorite submission hold.

When asked about her previous loss to Shirai, The Virtuosa was quick to point out that the stakes are even higher in the Mae Young Classic and that she doesn’t care how many arms she must break to secure her spot in the Final at WWE Evolution.

Will Shirai be nursing her arm when all is said and done, or will The Genius of the Sky fly past Purrazzo?

Lacey Lane looks to continue her streak against Meiko Satomura 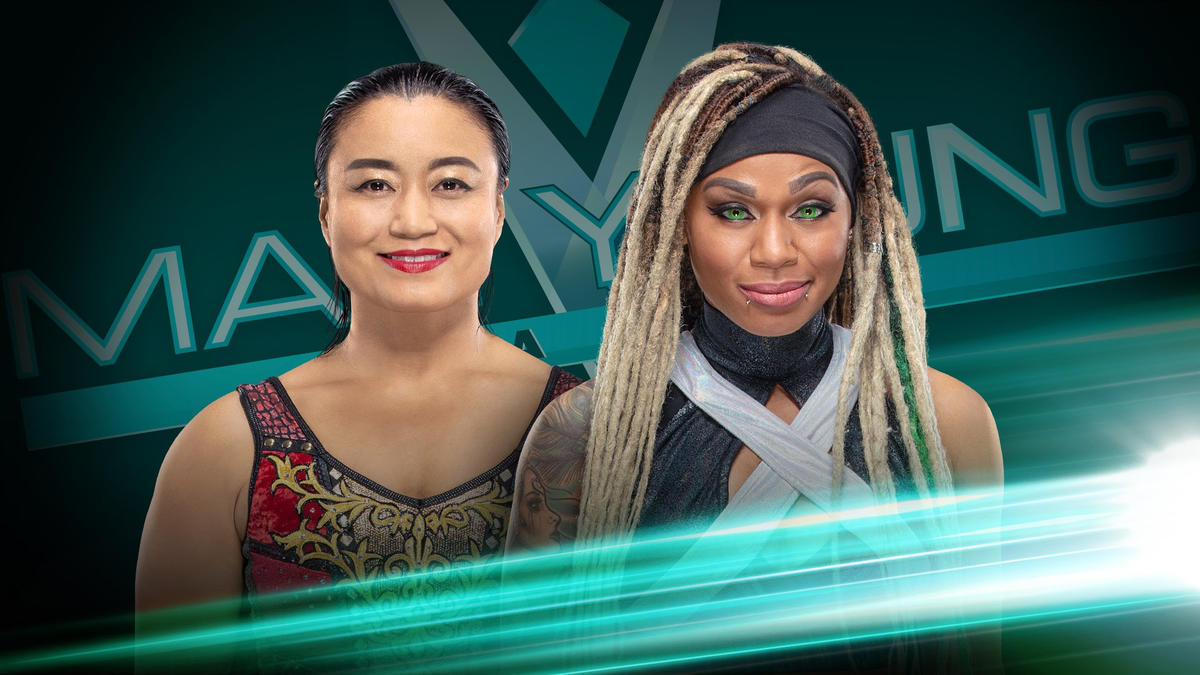 A little-known entity prior to the Classic, Lane stunned the WWE Universe with her exhilarating and winning performances against the monstrous Vanessa Kraven and the rugged Taynara Conti.

In stark contrast, Satomura’s world-beater reputation preceded her arrival to the tournament. She has since shown that the hype was more than justified, notching a conclusive win over Killer Kelly in the First Round and a mesmerizing victory over Mercedes Martinez in the Second Round.

Can Lane overcome the seismic experience gap and take down the dangerously skilled Satomura? Will Satomura make mincemeat out of her highflying opposition en route to adding the Mae Young Classic trophy to her long list of accolades? Find out when the Mae Young Classic Quarterfinals take place this tonight on WWE Network.​
Last edited: Oct 17, 2018

Isn't this the show where one of the girls break their leg or something?

Deezy said:
Isn't this the show where one of the girls break their leg or something?
Click to expand...

It could be. Tegan got hurt during the tapings.

I appreciate that Lacey comes in with a fully developed unique presentation to stand out.

If Glacier was Sub-Zero, Lacey Lane is now representing Scorpion in the Mae Young Classic. I dig it.

Don't want to shake my hand? How about I shake your head with two roundhouse kicks.

These commentators don't know what a short arm scissors is

What a stiff Death Valley Driver! And it finished the match?!

She really got them stiff Tajiri roundhouses and she can even hit them when her opponent is standing. Between that roundhouse and leading right into a tight snap DVD that lands flush on the neck and head and I can believably believe she knocked her opponent out.

I am a big fan if Deonna so this a tough draw for her getting Io.

When it's not from the second rope, it's just a moonsault, guys.

Don't know why they go for the grate entrance way.

Io with that roll-through into a foot stomp!