I have been to quite a few funerals already in my lifetime, more than I thought I would at my age. What I always found interesting was the songs that people selected to play at funerals which reflect the type of person that they were. Most of the time for me the songs make sense and I can understand why they were selected.

Because of the amount of funerals I have been to I have thought about what songs I would want played at my funeral. Normally there are three, one when people enter, one that plays during a slideshow of pictures and one when people leave.

[youtube]b-7c4VNGOgU[/youtube]
Cat Stevens - Father and Son
His voice is so haunting and I am a huge fan of his music. He has so many great songs and it was tough to pick which one I would want played. I would have this played when everyone is entering the funeral.

[youtube]dipFMJckZOM[/youtube]
Don McLean - Vincent
He has a beautifully smooth voice and his lyrics are brilliant. He is singing about my favourite painter and my favourite piece of art (shown in my avatar). This would be played whilst pictures of me are being shown, a slideshow always gets shown and this song will have people crying

[youtube]barLaHrtvoM[/youtube]
Journey - Don't Stop Believing
I love this song, great vocal performance by Steve Perry and the beat is my kind of thing. I like 80's rock bands. This would play at the end as an upbeat song to end the thing.


Odd topic yes but what three songs would you want played at your funeral. 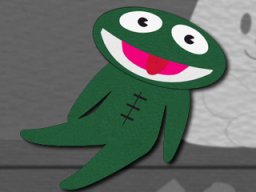 This is a quite interesting thread and isn't that depressing because i always thought a good song at ur funeral makes people respect ur life insted of crying over you're death!

Lynard Skynard: Free Bird for the start off this song is so amazing anyways! and its so uplifting when ur sad and what not! im a huge fan of semi-happy rock songs as ur funeral song!

Lynard Skynard: Tuesdays Gone another fantastic song from one of the greatist rock bands that's ever lived! this song makes me cry and happy at the same time and would love this to be my last song!

Biba No Aozora: Endless flight possibly the saddest song i have ever heard, but also one of the best!


That rounds up my 3 funeral songs, BTW JOURNEY RULE!

I was actually thinking about this recently, and I have came to a decision on two...but I will make up the last one as I go along:

I know...cheesy, but I really like this song and think it would be a really emotional one to play.

Went with this one...I really like the tune to this and again, I think it would be really emotional.

Finally...it was between Paramore's we are broken, and you me at six's - almost attract....the nod goes tooo....