Coming to Raw from SmackDown LIVE thanks to the “Wild Card Rule,” Charlotte Flair will join Lacey Evans and the Raw and SmackDown Women’s Champion Becky Lynch in a double contract signing for WWE Money in the Bank. Will Becky Two Belts hold her own against The Queen and The Sassy Southern Belle as the red brand rolls through London? Also on Raw, Roman Reigns returns to Raw for “Miz TV,” Braun Strowman takes on his fellow Men’s Money in the Bank Ladder Match participant Drew McIntyre and much more.
Click to expand... 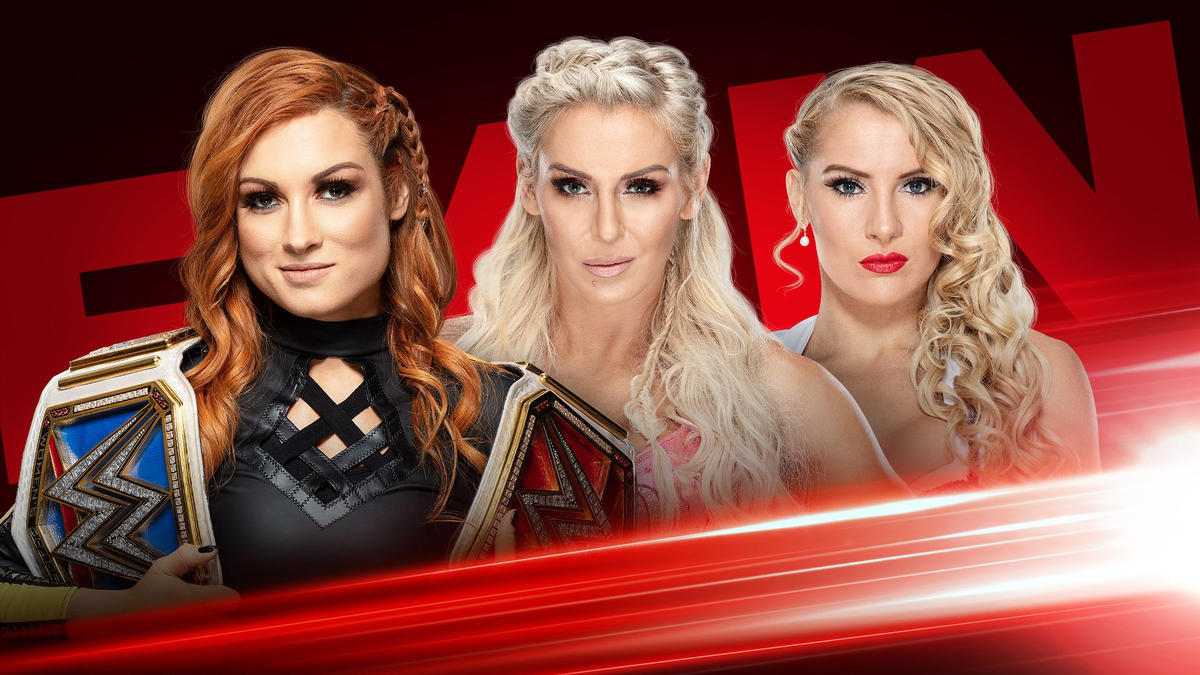 She’s defending her Raw and SmackDown Women’s Championships against Lacey Evans and Charlotte Flair, respectively, at WWE Money in the Bank, and she’ll join both of her challengers in a special double contract signing Monday on Raw. Will The Man throw down with The Lady of WWE and The Queen, who comes from SmackDown LIVE via Mr. McMahon’s “Wild Card Rule”?
Click to expand... 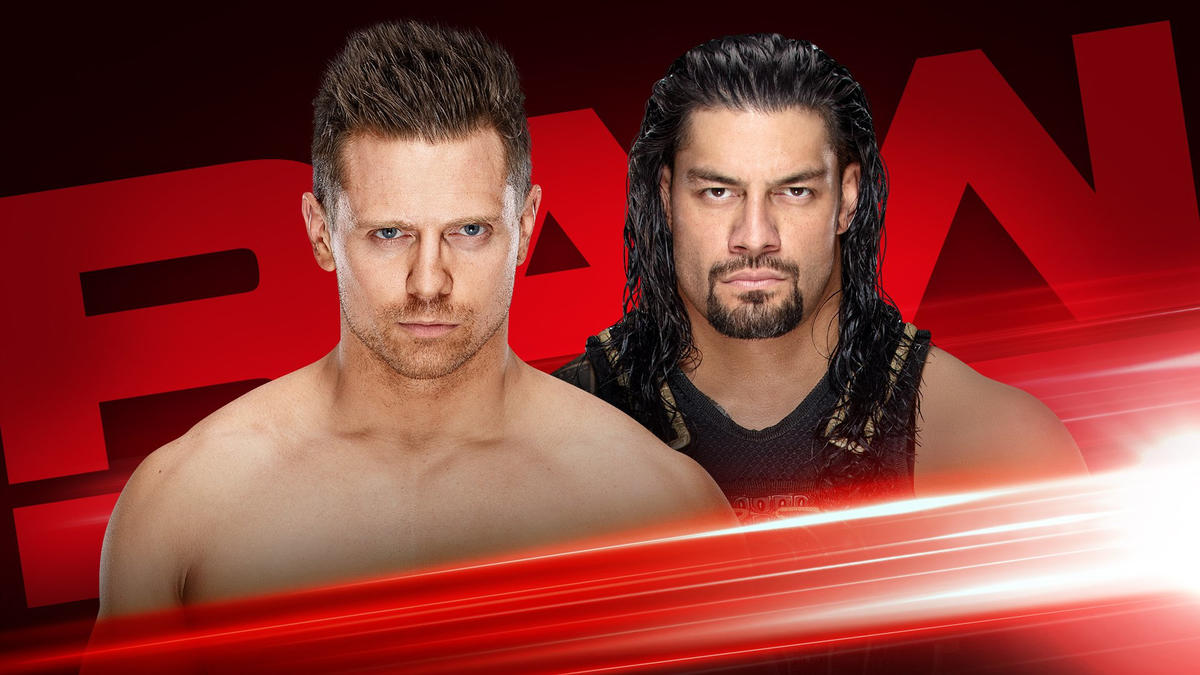 This past Monday night, The Miz got a piece of Shane McMahon before their Steel Cage Match at WWE Money in the Bank, interrupting Shane-O-Mac and Elias’ beatdown of Roman Reigns in the process. As the fired-up A-Lister chased Shane to a waiting limousine, The Big Dog was left on his own against The Living Truth and his opponent, Drew McIntyre, who continued the brutality in the ring.

As Reigns aims to silence Elias at WWE Money in the Bank, Miz looks forward to being locked inside the steel with the disrespectful “Best in the World.” They’ll both have plenty to say when Reigns comes from SmackDown LIVE via the “Wild Card Rule” to appear on “Miz TV.”
Click to expand... 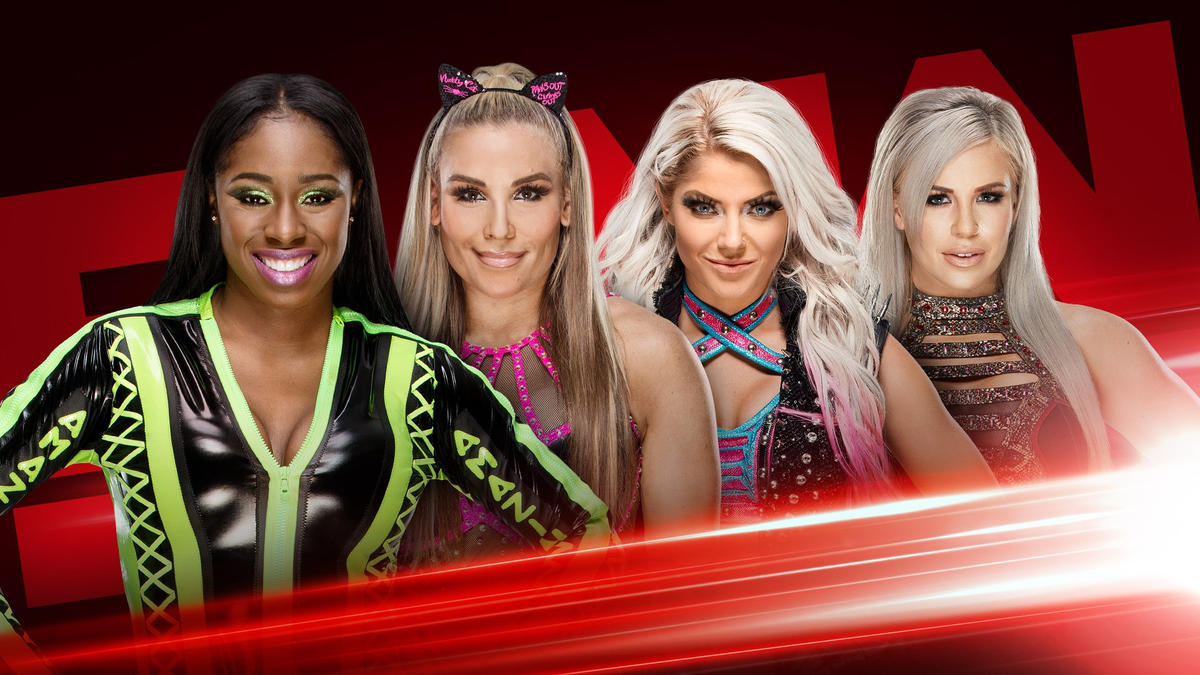 The four Raw Superstars participating in the Women’s Money in the Bank Ladder Match will look to score a monumental victory in London when Natalya, Naomi, Dana Brooke and Alexa Bliss collide in a Fatal 4-Way Match.

Who will stand tall as a guaranteed championship opportunity hangs, literally, in the balance at WWE Money in the Bank?
Click to expand... 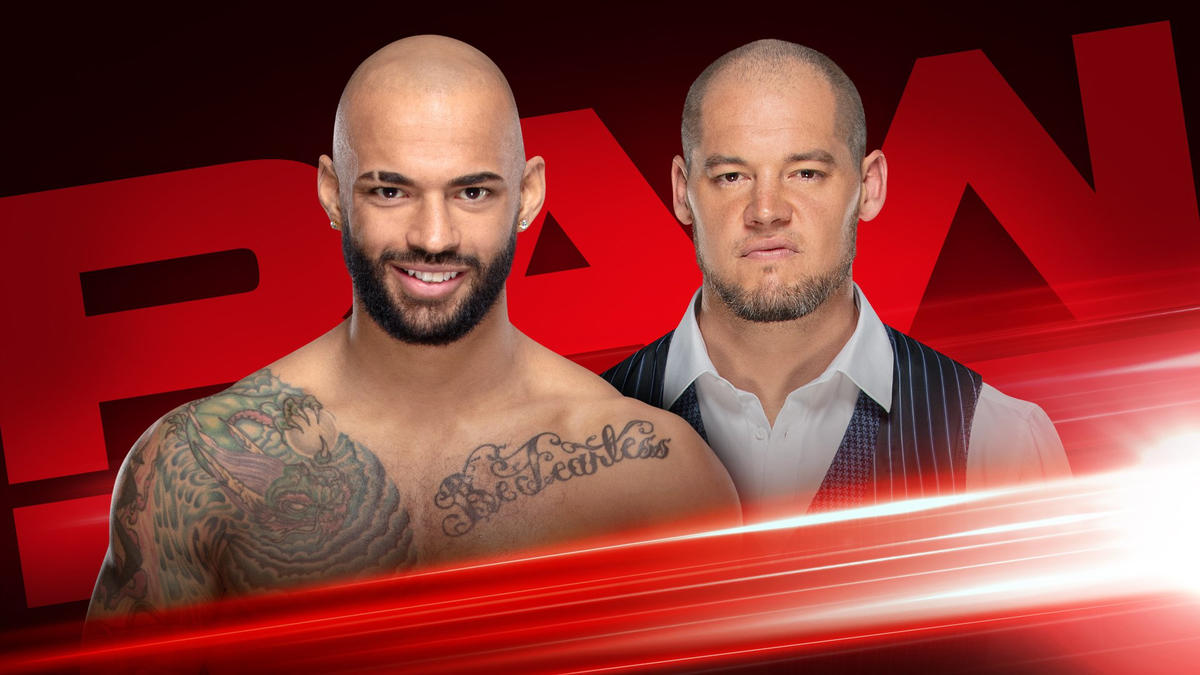 Ricochet continues to redefine aerial combat, but before he battles Baron Corbin and six other Superstars in the Men’s Money in the Bank Ladder Match, he’ll soar into action against The Lone Wolf in singles action on Raw.

Can Ricochet’s gravity-defying arsenal propel him to a key win on the final Raw before WWE Money in the Bank?
Click to expand... 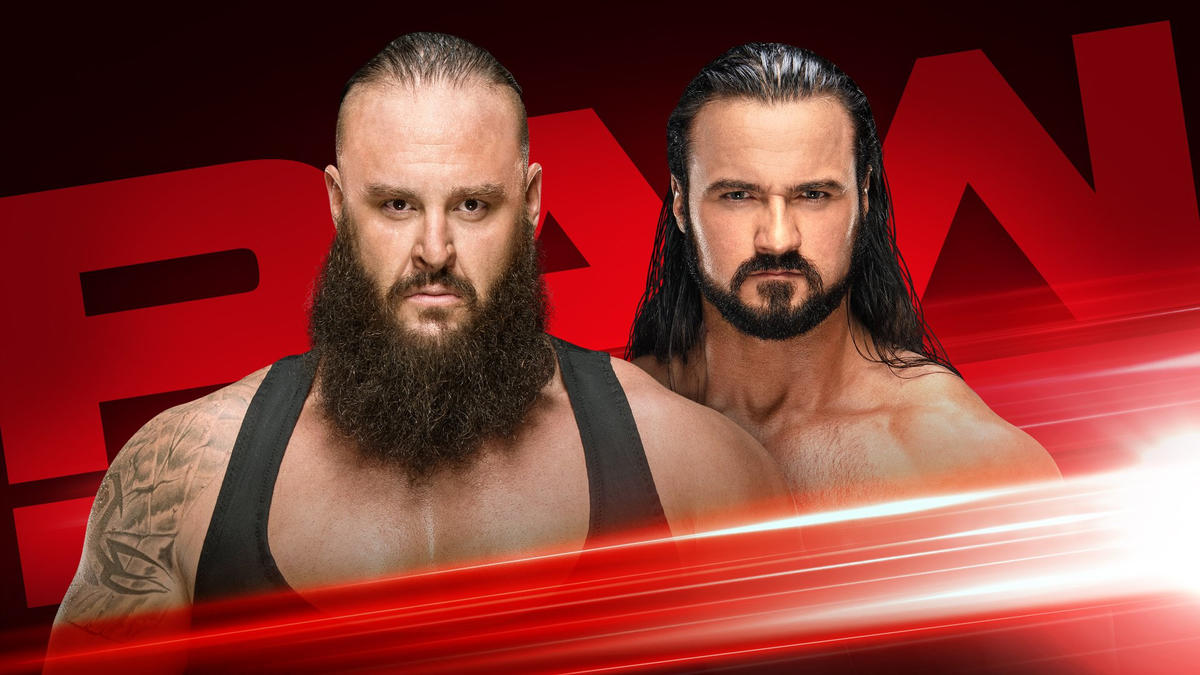 One week after Braun Strowman shockingly tossed Sami Zayn into a dumpster, the rampaging Monster Among Men will throw down with the equally imposing Drew McIntyre, who will also face Strowman in the Men’s Money in the Bank Ladder Match.

These two Superstars have been both enemies and allies in the past.
Click to expand... 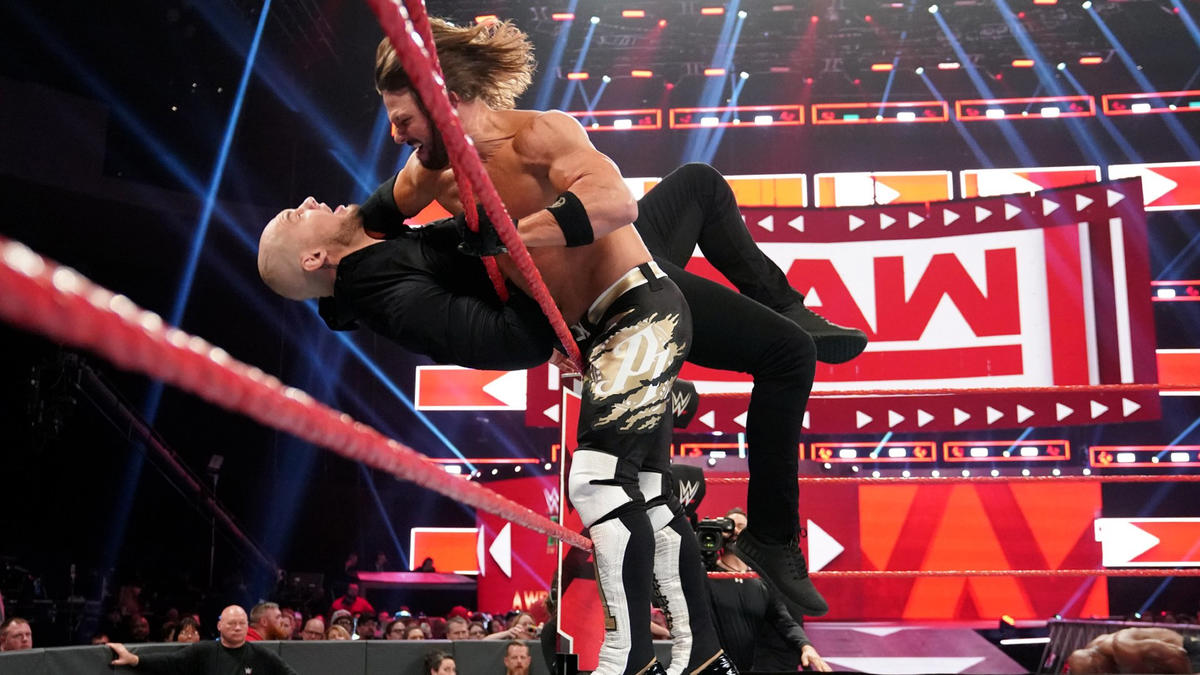 Mr. McMahon knew what he was doing when he ordered Universal Champion Seth Rollins to team up with his WWE Money in the Bank challenger AJ Styles in an impromptu tag team match this past Monday night on Raw. As tensions boiled over – assuredly to The Chairman’s delight – Styles hit Rollins with a seemingly accidental Phenomenal Forearm that left The Beastslayer vulnerable to an End of Days that sealed the win for their opponents, Baron Corbin & Bobby Lashley.

What’s going through the minds of these Superstars in the aftermath of that heated confrontation?
Click to expand... 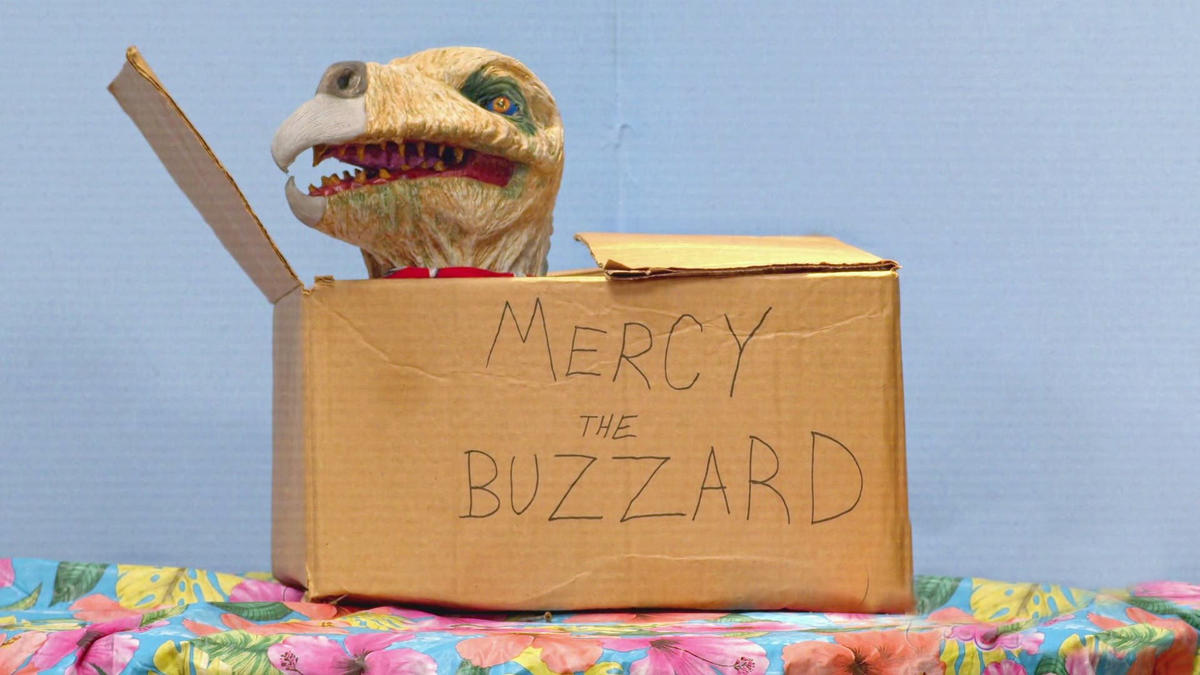 “Firefly Fun House” became even more disturbing than usual last week, with Mercy the Buzzard making a meal out of Rambling Rabbit and Bray Wyatt having a picnic with a half-dozen morose children.

Something is clearly amiss in the Fun House. What awaits us there next time?
Click to expand...

Don't forget it's in London tonight so spoilers will be around..

Damn crowd hot for Elias and he ain't even here yet

RoMiz does have a nice ring to it.

Crazy Miz loves earning respect from the WWE Universe this is so weird to hear.

Kairi HoHo said:
Crazy Miz loves earning respect from the WWE Universe this is so weird to hear.
Click to expand...

Having a kid humbled him

All these Fabs really fuck with Elias huh