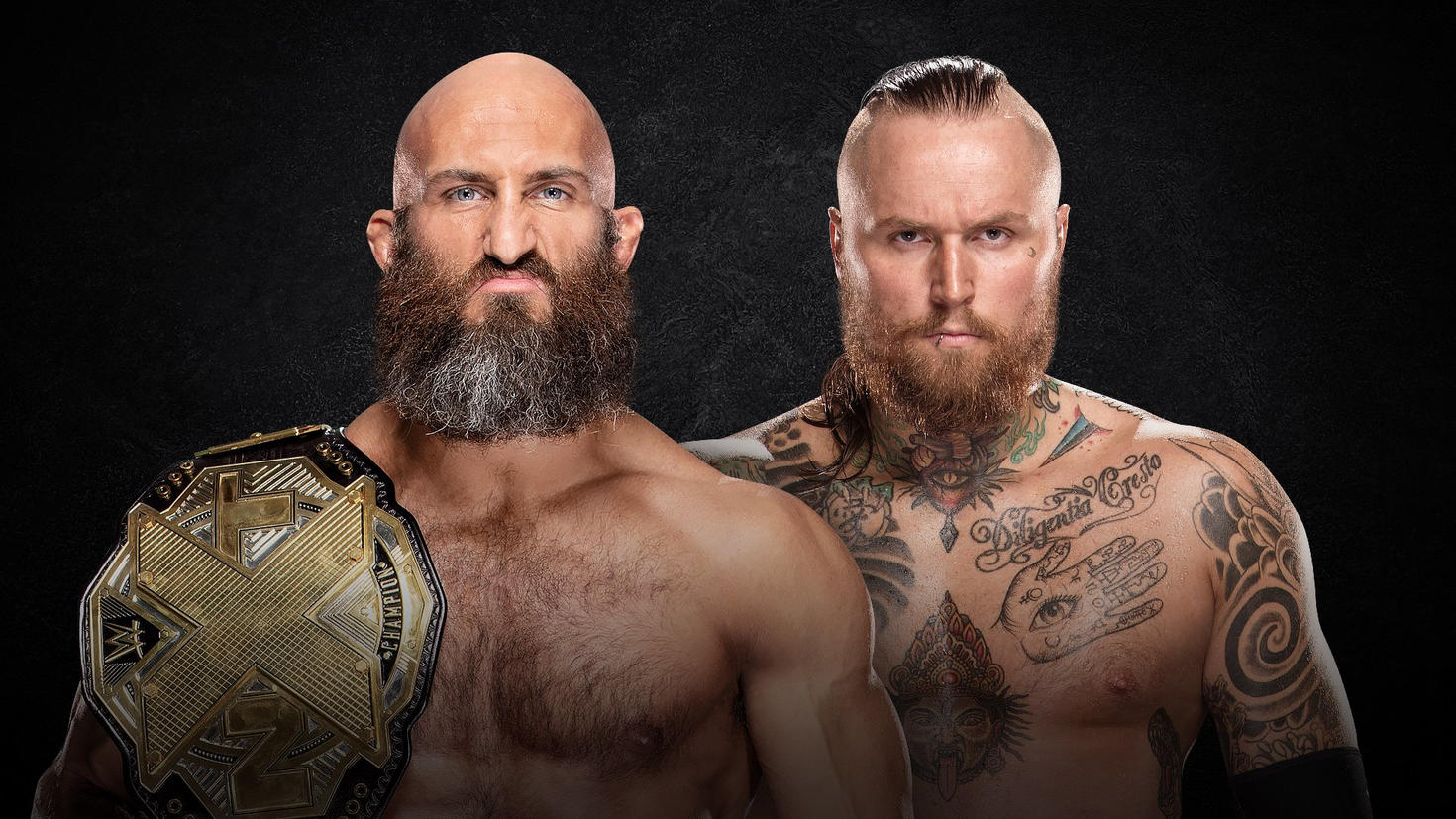 The pinfall to close out the July 25 edition of NXT — the night Tommaso Ciampa defeated Aleister Black to become NXT Champion — not only cemented one of the most infamous NXT Title matches in recent memory, but also a moment when the black-and-gold brand had been rocked to its core. In its aftermath came a cloud that has since billowed over NXT TakeOver: Brooklyn IV, WarGames: II and, now, Phoenix.

At NXT TakeOver: Phoenix, Black will be out for more than just retribution when he battles Ciampa for the coveted NXT Championship. After knocking out the lights of Johnny Gargano – Ciampa’s former #DIY pal – in a grueling match at NXT TakeOver: WarGames II, The Dutch Destroyer invoked his long-awaited rematch clause. Weeks after that battle, Black stepped up to Tommy Sports-Entertainment on Dec. 5 and declared that he was out to absolve Ciampa of the NXT Championship. Seeing as how this battle has been six months in the making, it wasn’t long before NXT General Manager William Regal made it official.

Although he’s defended “Goldie” against a few impressive challengers (Johnny Gargano, Velveteen Dream) in the wake of his career-defining victory, Ciampa faces arguably the biggest threat to his NXT Title at NXT TakeOver: Phoenix. Will Ciampa’s lofty spotlight finally “fade to black?” 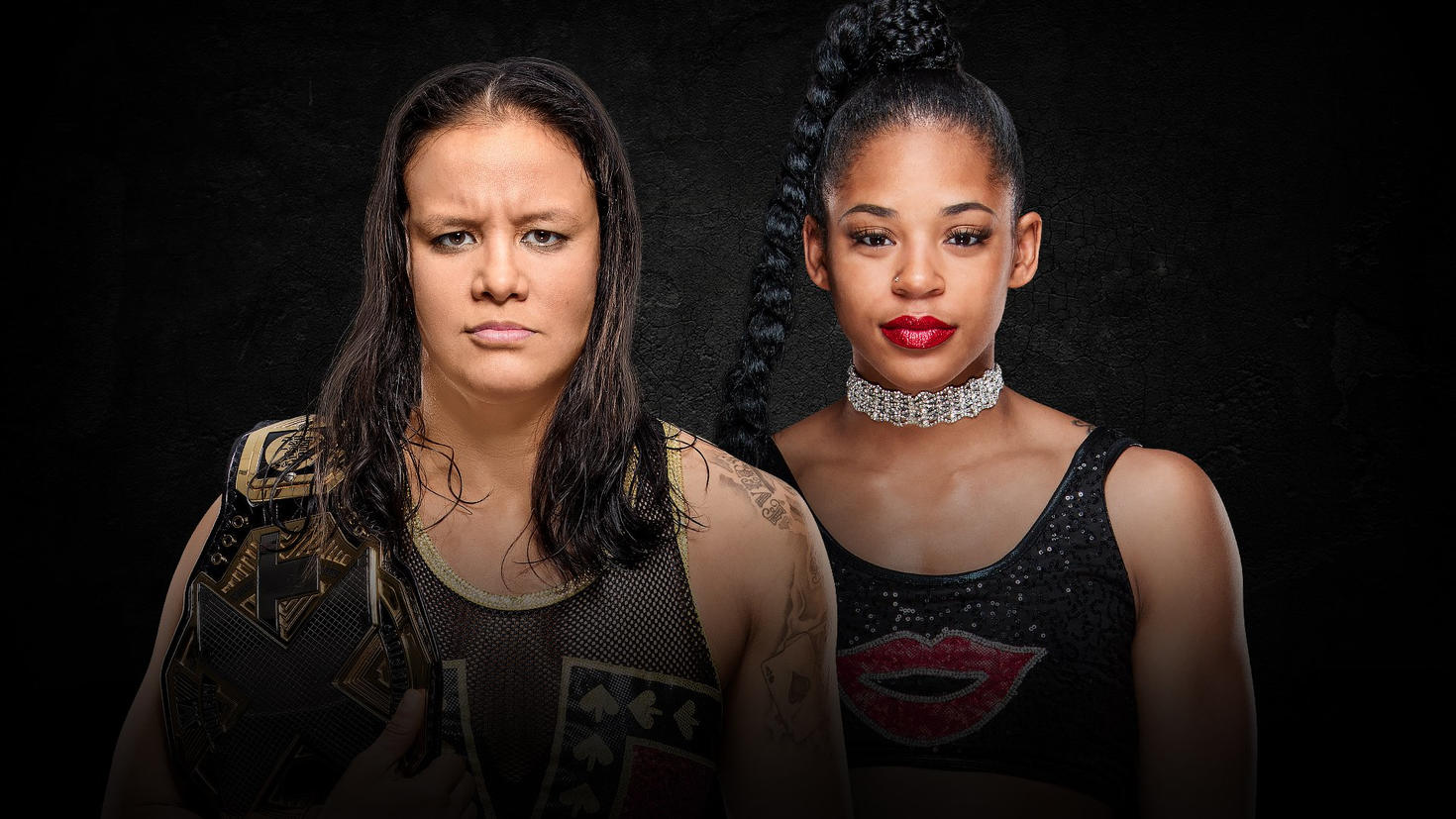 What’s a dominant Queen of Spades to an undefeated EST of NXT? The answer to that will be realized when Bianca Belair challenges Shayna Baszler for the coveted NXT Women’s Championship at NXT TakeOver: Phoenix.

Since winning the NXT Women’s Title from Kairi Sane at WWE Evolution, Baszler has been hellbent on maintaining her iron grip on the crown. Meanwhile, the herculean Belair has been tearing through NXT with an incredible streak of victories, including in the grueling NXT Women's Title No. 1 Contender's Fatal 4-Way Match on the Dec. 26 edition of NXT that punched her ticket to TakeOver: Phoenix. Now, these two forces come face to face, while unarguably standing as the greatest threat to one another.

In a showdown between sheer strength and killer instinct, these two powerhouses prepare for their biggest fight yet. Will The Queen of Spades carry on her two-time reign of terror? Or will The EST of NXT dethrone #ShaynaTwoTime and remain un-de-fea-ted? 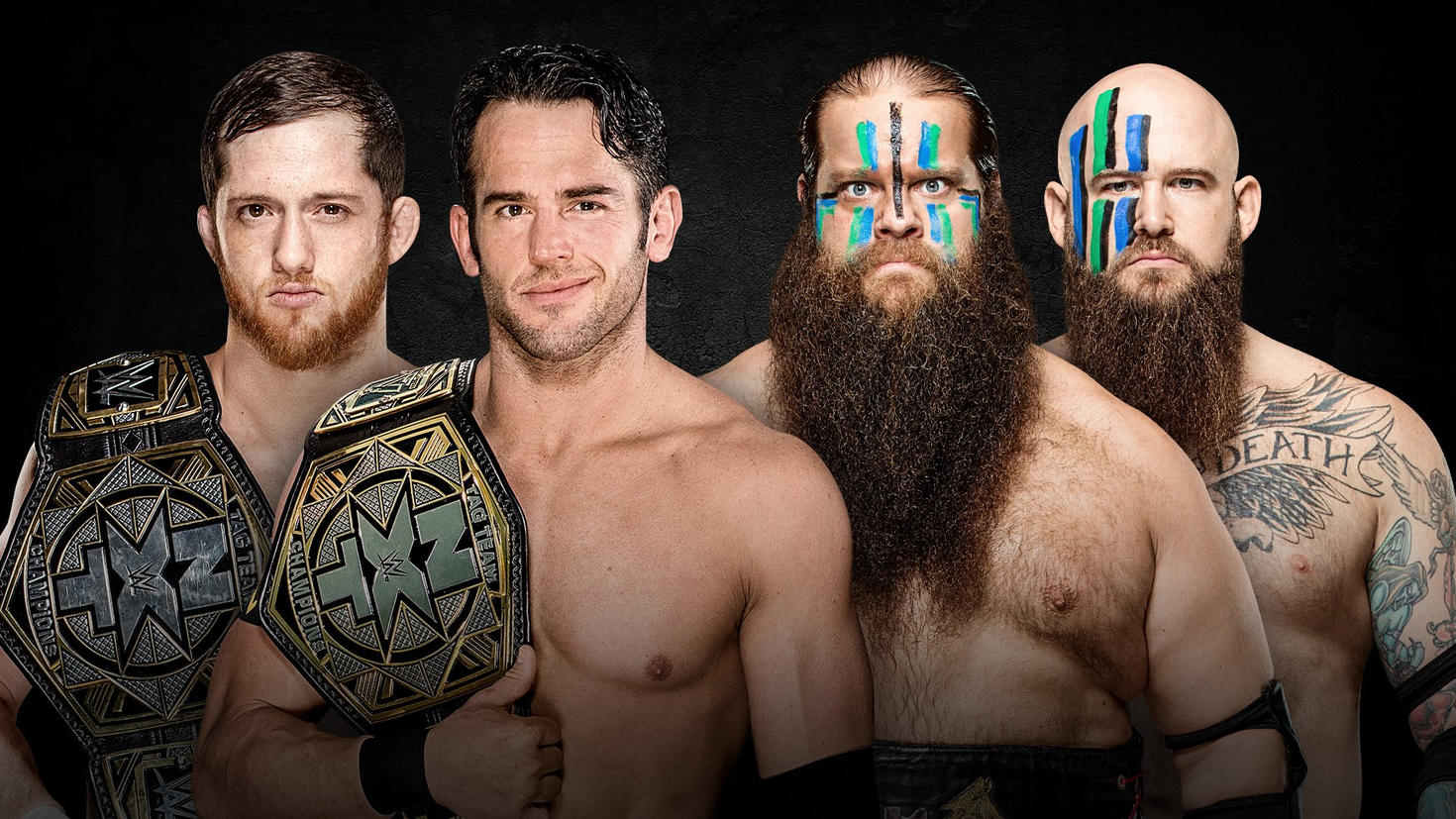 The War Raiders are heading to TakeOver: Phoenix with one goal in mind: pillaging The Undisputed ERA’s NXT Tag Team Championship.

Hanson & Rowe were on the cusp of dethroning Kyle O’Reilly & Roderick Strong once before, on the Oct. 27 edition of NXT, until a chair-wielding Bobby Fish interfered, attacking The War Raiders in the waning moments of the match. The desperate tactic resulted in a disqualification loss for Undisputed ERA but ensured the titles would remain in the stable’s possession.

The rivalry between the teams intensified in November at TakeOver: WarGames during the event’s titular match. Hanson, Rowe, NXT North American Champion Ricochet & WWE U.K. Champion Pete Dunne prevailed over The Undisputed ERA that night, but the hellacious conflict took its toll on all competitors. It was later reported that Hanson suffered broken ribs, a ruptured spleen and torn ligament during the fracas.

It will take more than internal injuries and broken bones, however, to deter the battle-tested War Raiders. Will Hanson & Rowe’s raid end with the crowning of new champions, or can the boastful, yet inarguably dangerous, combo of O’Reilly & Strong turn back their rough and gruff challengers? 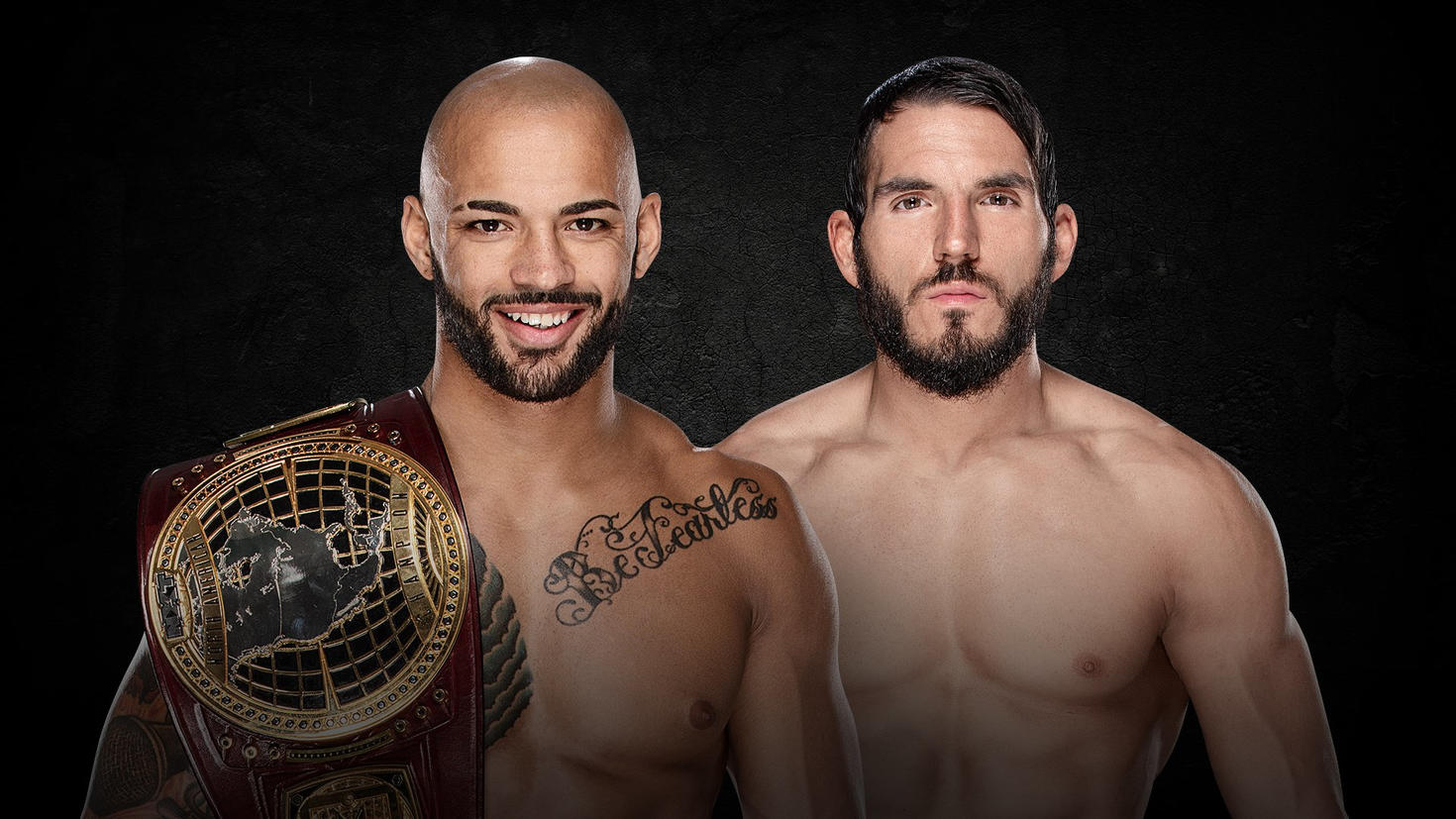 It all started when NXT Champion Tommaso Ciampa laid the firewood, on the Dec. 26 edition of NXT, by suggesting that Johnny Wrestling go after the NXT North American Title currently held by The One and Only. Despite dismissing Ciampa’s meddling, Gargano didn’t balk at the idea once the reigning champion entertained the challenge. But things went from budding competition to full-bloom animosity when Gargano struck Ricochet with a thunderous superkick on the Jan. 9 edition of NXT, seemingly declaring that he wants all the smoke.

At TakeOver: Phoenix, these two NXT Superstars will put it all on the line when they tangle for the NXT North American Title. For Ricochet, who’s been hard at work slotting his coveted prize as the black-and-gold brand’s workhorse title, the plan is to walk out of TakeOver: Phoenix and remain the one and onlyNXT North American Champion. For Johnny Wrestling, it’s all about two things: wins and championships.

Find out who walks away champion when NXT TakeOver: Phoenix streams live on WWE Network. 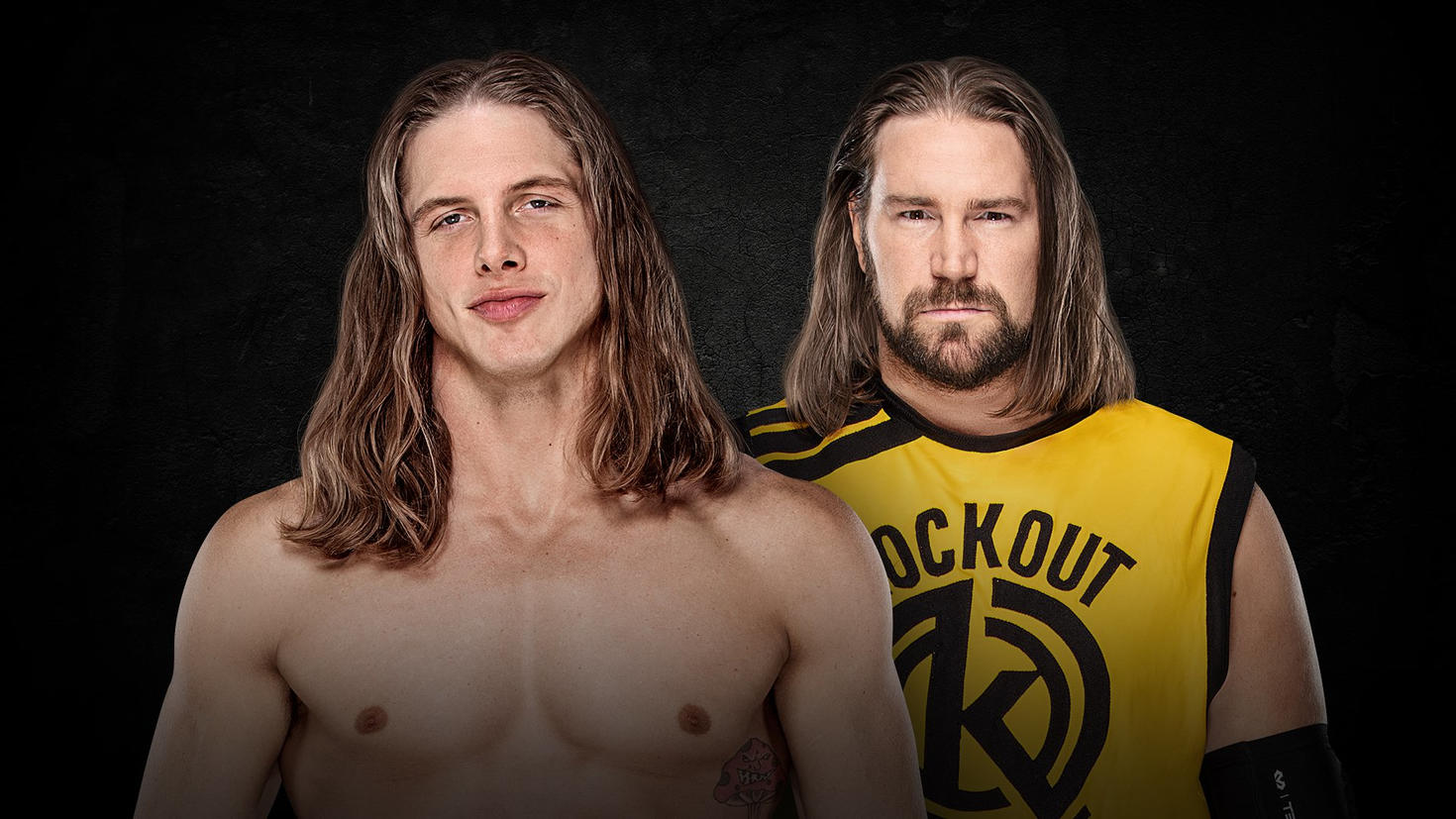 On the heels of Kassius Ohno’s controversial victory over Matt Riddleally Keith Lee, The Knockout Artist is set to once again collide with The King of Bros at NXT TakeOver: Phoenix.

This match will mark the third installment in the bitter rivalry between Riddle and Ohno. The first showdown, an impromptu bout that took place at TakeOver: WarGames, ended in near record-breaking time, a total of six seconds, thanks to a devastating knee strike by Riddle. Their Jan. 2 rematch went much longer, but the outcome remained the same, with Riddle taking the win. The King of Bros tried to quash the beef with Ohno afterward, but instead of accepting the olive branch, The Knockout Artist waylaid Riddle in a vicious attack that left the Future Star of NXT Award nominee aching and medically uncleared to compete in the weeks that followed.

Ohno made matters even more personal when he used an illegal low blow to topple Lee on the Jan. 16 edition of NXT. Following the incident, the nefarious Knockout Artist claimed to be “living rent-free” in Riddle’s head and declared “Bro” “canceled.” Riddle, meanwhile, has vowed to “smash in” Ohno’s face and make him regret continuing his war with The King of Bros.

Watch the third round in this hard-hitting series when Riddle and Ohno throw down, live on WWE Network

Can see Ricochet and UE dropping their belts. 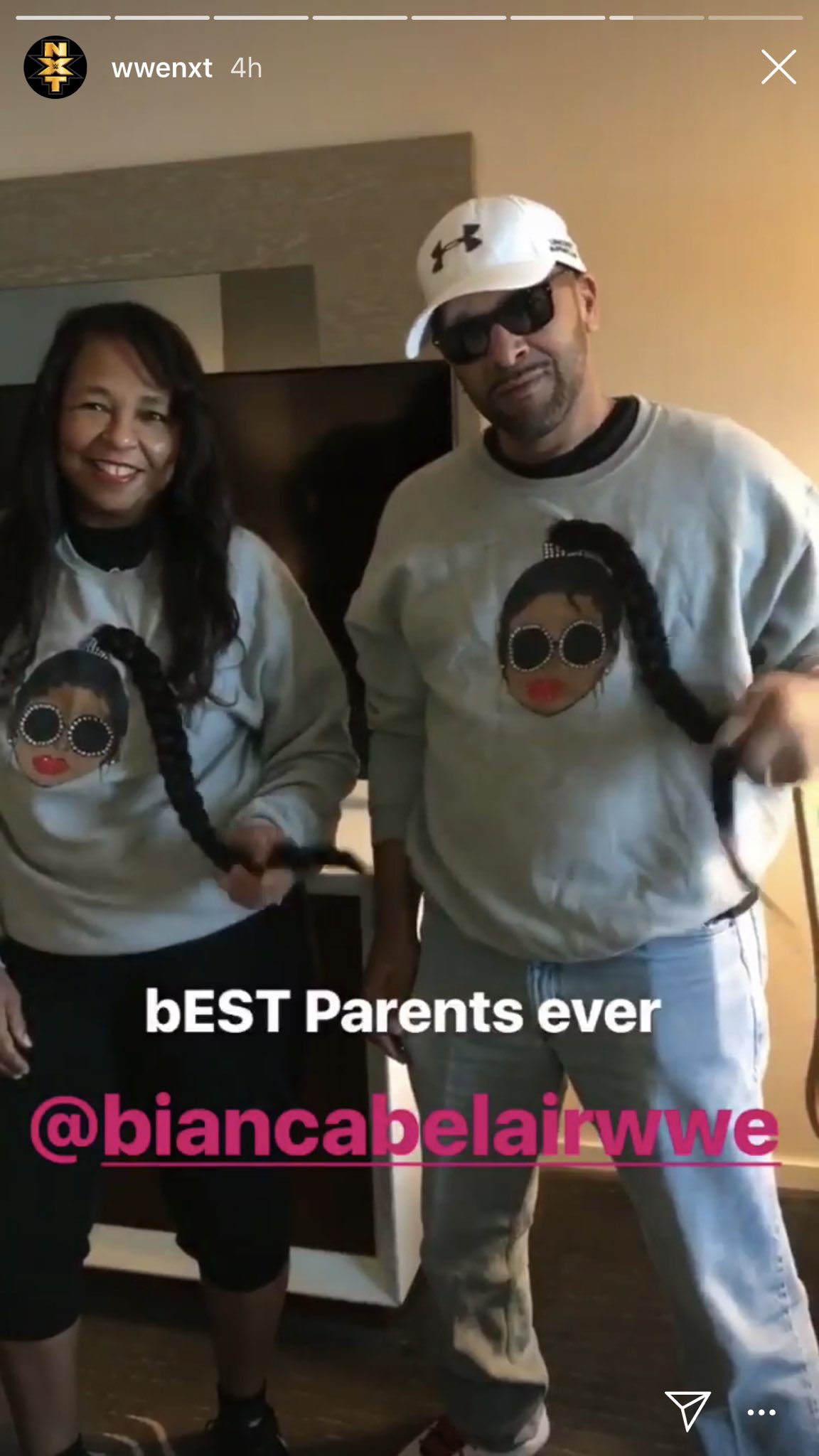 If Gargano loses the wife and starts to have "visions" in an empty house....he'll be full on Eddie Edwards.

This generic blonde chick is

That ugly bell wouldn't get my money on ebay

Basing an entire character off being undefeated.....totally works out for them after they lose.

Pat Macafee - on a team "that was undefeated, until we chose to lose".

Sam Roberts trashing Belair so hard....segment should come with a spoiler tag.