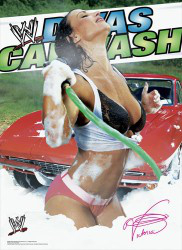 Location
In your girl's closet

I'm still holding hope that Weidman doesn't have to pull out again. And that we finally get this fight.

I think they should just strip champs who pull out of fights.

Bellator’s injunction against UFC and Quinton “Rampage” Jackson was successful; Jackson is officially off the card.
Jackson was scheduled to fight Fabio Maldonado at UFC 186. Burlington County Superior Court of New Jersey ruled Quinton “Rampage” Jackson out of the bout earlier this morning.
There is currently no word on who will be replacing “Rampage” for the pay-per-view or if Fabio Maldonado will even fight for the card.

called it when he signed

That card went from star-studded to next to nothing

Nobody gives a shit about Demetrious Johnson.

Literally the best thing he has going for him is his awesome nickname. I can't make myself give a fuck about the flyweight division at all tbh

The streak of no highkick KOs in the UFC is still going for him tho.

The streak of no highkick KOs in the UFC is still going for him tho.
Click to expand...

Location
In your girl's closet

But in more boring news... the forever wrestle and grind... Mr. Wonderful Phil Davis is close to signing with Bellator

Only 21 years old, hot as hell and fucking up bitches

Looks like Rampage is back on the next card.....still don't care because who else is there?

I like Dana's response on if Bisping was offered the Jacare fight instead of his PPV fight. "That card's been changed enough, of course he was never offered the fight"