The one and only OJR brings you a new thread to light up your day and make your life good in the form of asking you, 'just who is your favourite director?'. There's a lot of greats in this area, including the spectacular Steven Spielberg, the juggernauting James Cameron, and the... quintessentially terrific Quentin Tarrantino (yar, I did it). They make the films great, and perhaps don't get as much respect as they deserve (although I'm sure the millions of dollars cushion the blow). For me, the messiah in this area is Quentin Tarrantino. He's just so unique and different, and his films rarely (if ever) dissapoint. Just think of 'Pulp Fiction', 'Inglourious Basterds', 'Jackie Brown' and 'Kill Bill', and then you'll see why I think that Tarrantino is that damn good.

You're all welcome to your opinon, although if it disagrees with me then it is probably wrong

For me it is Martin Scorsese. He has directed my favorite movie, Goodfellas, and some of my favorite others like Casino, The Aviator and The Departed.

Stephen Spielberg is my favourite director. This list of movies he has directed is just incredible; Jaws, ET, Jurrasic Park series, Indiana Jones franchise, Saving Private Ryan, The Terminal, Catch Me If You Can and many more. So many great films and he rarely makes a bad film. I can't wait until the Tintin movie he is directing comes out.

Ron Howard a close second for me. He has directed a lot of great films like Apollo 13, Ransom, How the Grinch Stole Christmas , Da Vinci Code etc. A lot of great big budget and well executed films. Plus I liked him in Happy Days so it makes me rate his work higher. 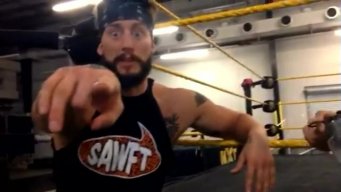 Dademo is in fact correct. The one director who doesn't deal with the popular culture BS that flirts it's way into films far too frequently these days is Scorsese who has been on top of his game for decades. Goodfellas might be the greatest film of all time and films like The Aviator totally redefined genres. He offers you something way more than a movie, he always offers you great casting, pure emotion and cinematography unparalleled by other directors. I happen to think Tarantino is an overhyped tool but hey ho
You must log in or register to reply here.
Share:
Facebook Twitter Reddit Pinterest Tumblr WhatsApp Email Link