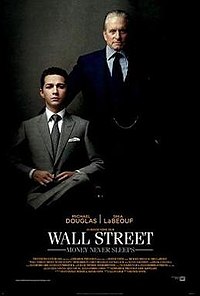 This is the sequel to Wall Street which was released in 1987. I have that film on DVD and really enjoy watching that film, great storyline which is completely different to most and fantastic acting by Douglas and Sheen. I will certainly be seeing this film when it is released in Australia.